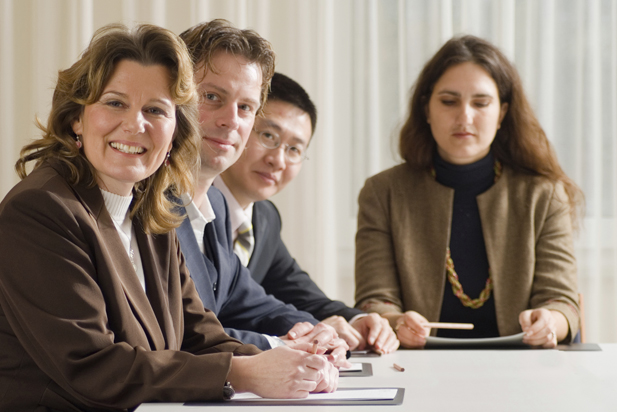 Recently, CIRSA management staff became acquainted with John Carver’s Policy Governance® model (Model) for boards of public and nonprofit bodies. This month’s column provides some observations about the tough job of governing body members, and some of the ways in which a council or board can allow its effectiveness to be diminished or compromised. To understand the Model, how it works, and how it is implemented, Carver’s book, Boards That Make a Difference: A New Design for Leadership in Nonprofit and Public Organizations (3rd ed. 2006), is highly recommended reading.

For those who’ve labored in local government for any length of time, Boards That Make a Difference will provide some laugh-out-loud moments of self-recognition. It describes a number of common practices that are a drain on the effectiveness of the governing body and a source of frustration for both the body’s members and the staff who serve it.

Do Any of These Practices Ring a Bell?

Spending time on the trivial. As the author describes it, “Major program issues go unresolved while boards conscientiously grapple with some small detail.”  How many times have you gotten mired in the tiniest detail of a purchasing decision, or the proposed budget?

Foreshortened time horizons. The board’s decision-making time horizons should be the most distant of anyone in the organization. Yet, as Carver says, “we find boards dealing mainly with the near term and, even more bizarre, with the past.” How many times have the pennies spent in the prior months, as reflected in the “bills for approval” portion of the agenda, received undue attention at your meeting?

Reactive rather than proactive stance. Is the idea that the board should make proactive decisions, rather than merely react to staff initiatives, completely foreign? Would, as the author says, your board “cease to function” if it were asked to create its own agenda?

Problem-based prescriptions. If you prescribe a specific solution based on the details of a specific problem that has occurred in the past, you may wind up with a “pendulum swing” that creates unintended consequences in the future. As Carver says, “Correcting insufficiencies by looking backward at what they have been simply invites the next, perhaps opposite error. It is like trying to drive down the highway with a firm grip on the rearview mirror.”

Accountability being allowed to leak. Have you established a City/Town Manager or Administrator position? If so, great! But are you still continuing to encourage or allow council/board member interactions with subordinate staff, or subordinate staff members to bypass their supervisors and directly go to council/board members with their issues or complaints? If so, you may be keeping the Manager/Administrator from being able to do his or her job, or you may be interfering in such a manner that you can no longer credibly hold him or her accountable for performance.

Diffuse authority. When the governing body’s and staff’s respective areas of responsibility are not clearly delineated, the staff’s knee-jerk response for every issue in a gray area may be, “Let’s take it to the council.” If you allow this, you’ll continually increase your own workload without ever clarifying the appropriate boundaries between council/board governance and staff decisions.

The “Approval Syndrome.” Does your agenda call for the governing body’s approval of documents containing a multitude of paralyzing details (line item budgets, detailed personnel and administrative policies, job descriptions, etc.)? How does this make you feel? The document has already been created, and you’re just reacting to it. Then, to avoid feeling like “rubber stamps,” board members may start nitpicking.  But as the author says, “no matter how much intelligence goes into playing this reactive role, it is clearly not leadership.”  Moreover, by its approval, the board has been co-opted into assuming ownership of the document, and staff is let off the hook in terms of accountability for the results expected from the document!

The “seductive intrigue of organizational activity.” You know how, when you’re faced with a huge project, sometimes the easiest way to procrastinate is to divert your attention to desk-cleaning or some other trivial task? That’s the “seductive intrigue” that can pull you into involvement in the organization’s internal minutiae.  It can be a heck of a lot easier to divert your attention to those details than to grapple with the big issues involved in governing your entity. But governance shouldn’t be about bringing the council/board more knowledgeably into the process of administration. A governing body need not and should not tag along behind management, or try to become “superstaff” in a “conscientious attempt to tag along more professionally.”  You’ve got grander things to do as the governing body!

So What’s The Answer?

Well, no doubt John Carver would say, “Adopt and implement my Model!” Of course, that will require time and effort, an unswerving commitment, and probably the help of a Policy Governance® consultant. In the meantime, here are a few suggestions from Boards That Make a Difference to ponder.

What’s This Have to do with Liability Anyway?

Since this is a CIRSA Coverage Line article, you may be wondering what linkage to liability issues justifies its existence on these pages.  Well, it’s easy to see that the problems identified by Carver as obstacles to good governance are also problems that can lead to increased liability for elected officials.  For instance, if your role in relation to staff’s is unclear, how are you or staff going to know what is within the scope of your authority and what is within the scope of theirs?  Falling outside the scope of your lawful authority is one of the sure ways to lose your liability protections.  And it follows that Carver’s approach to good governance also provides excellent risk management suggestions.  Both board and staff can flourish within their respective spheres of authority without stepping on one another, maintain appropriate accountability, and ensure that the work of the public entity will be carried out within the boundaries of prudence and ethics.

This article has pulled out bits, albeit helpful bits, of Boards That Make a Difference for you to consider. Reading the book is highly recommended, because the Model really makes the most sense when viewed in its entirety.

Sewer Backup Claim Prevention
Handling Citizen Conflicts at Governing Body Meetings
Preparing Your Buildings For Winter Weather
Do’s & Don’ts For Selecting Outside Investigators
Finland Study Says Bad Bosses Cause Heart Attacks!!!
Bullying In The Workplace: A Prevention Guide
Employees Gone Wild: The Risks of Tolerating A Culture of Hazing
Mediate? Why Not?
What Is An Insurance Property Appraisal?
The Basics of Courtroom Testimony – Establishing Credibility With The Jury
3-Point Contact Key To Vehicle Safety
House Bill 10-1168: An Insurer’s Right To Subrogation
Donning And Doffing – Are Police Officers Entitled To Be Paid For Getting Dressed?