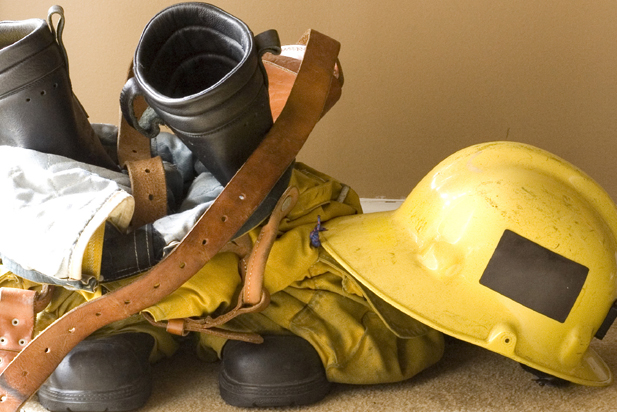 Employees Gone Wild: The Risks of Tolerating A Culture of Hazing

Editor’s Note: Elected officials play a critical role in avoiding or attracting liability for the public entities they represent.  If you have an elected officials’ liability-related topic you’d like addressed, please feel free to let Tami know at tami@cirsa.org.

As an elected official, you may be aware of municipal departments that maintain a rough-and-tumble work culture. Pranks, jokes, horseplay, bullying, and hazing may be part of the employees’ workday, and may be tolerated or even encouraged by supervisors and managers. But a recent order of the U.S. District Court for Colorado highlights the risks to the entity, and to individual public officials, of allowing a culture of hazing to take hold in any department. The case is Martin v. North Metro Fire Rescue District, 2007 WL 4442373 (D. Colo. Dec. 13, 2007).

Jonathan Martin was a newly hired firefighter in a fire district. His allegations included the following:

Martin alleged that his complaints to both his union representative and the station lieutenant were not addressed. Indeed, the lieutenant allegedly responded that it was part of the history and culture of the district to engage in the hazing of probationary employees. Martin alleged that, following his complaints, his co-workers stopped communicating with him except when they had to for work purposes. Subsequently, the division chief allegedly told Martin that he should resign, because if he did not, the division chief would make it impossible for Martin to find another firefighter job in Colorado. Martin allegedly resigned under duress, then filed a lawsuit against the fire district and the division chief.

Martin made claims under both federal and state law. He made equal protection claims pursuant to 42 U.S.C. Section 1983 for disparate treatment based on his status as a probationary employee, and for sexual harassment based on his gender. He also made a claim under state law that the division chief was negligent in his supervisory responsibilities.

These claims were the subject of the defendants’ motion to dismiss. The Court, in its order, declined to dismiss any of these claims, including most surprisingly, the negligent supervision claim under state law. We’ll focus on this state law claim because the Court’s order is of serious concern to supervisors and managers from a personal liability standpoint under state law.

Along with his federal claims, Martin made a claim, pursuant to the Governmental Immunity Act (GIA), of “willful and wanton” conduct against Joseph Bruce, his division chief. Martin alleged that the district’s management was “complicit” in the incidents about which he complained, and that Bruce, as the district’s operations chief, was responsible for supervising Martin’s supervisors and managers. He alleged that Bruce knew of Martin’s harassment allegations but was among the managers and policy-makers who “allowed, condoned and were deliberately indifferent to” the harassment and hazing of Martin and other probationary employees.

The GIA And “Willful And Wanton” Claims

Under the GIA, public officials enjoy significant immunities where state law claims are concerned. They are generally immune from tort claims unless a claim is one that falls within seven limited areas for which governmental immunity has been waived, or unless the act or omission causing the injury was either outside the scope and performance of the official’s duties, or “willful and wanton” in nature.

“Willful and wanton” is not specifically defined in the GIA. Courts have looked to other statutes to provide guidance as to what the term means in the context of the GIA. See, e.g., Moody v. Ungerer, 885 P.2d 200 (Colo. 1994). For instance, under the statute governing exemplary or punitive damages in civil actions, “willful and wanton conduct” is generally defined as “conduct purposefully committed which the actor must have realized as dangerous, done heedlessly and recklessly, with regard to consequences, or of the rights and safety of others, particularly the plaintiff.” C.R.S. Section 13-21-101(1)(b). A case interpreting the automobile guest statute defined “willful and wanton” as “wholly disregardful of the rights, feelings, and safety of others . . . . at times even imply[ing] an element of evil.” Pettingell v. Moede, 129 Colo. 484, 491, 271 P.2d 1038. 1042 (1954). Black’s Law Dictionary states that “willful and wanton” misconduct must “exhibit conscious disregard for safety of others.”

“It ain’t over ‘til it’s over” applies to the status of the Martin case, and it’s possible that the district and its division chief will be vindicated at trial. However, we can glean some lessons from the District Court order even at this stage of the proceedings:

The Bottom Line
At CIRSA, we’ve generally counseled that public officials should have immunity from most state law negligence torts in the employment context, such as negligent hiring, supervisory, and training practices. However, as the Martin case reflects, if the public official’s conduct with respect to such practices is not just negligent, but sufficiently beyond reckless to be “willful and wanton,” that immunity will be lost. The consequence is a significant personal liability exposure for the public official. So the bottom line is that public officials can’t afford to rest on the hope of immunity if they don’t act responsibly with respect to hiring, supervision, and training practices. the public entity will be carried out within the boundaries of prudence and ethics.

This article has pulled out bits, albeit helpful bits, of Boards That Make a Difference for you to consider. Reading the book is highly recommended, because the Model really makes the most sense when viewed in its entirety.

1It’s important to note that this order was in response to a motion by the defendants to dismiss the case. Therefore, the Court accepted, only for purposes of deciding the motion, that the allegations made by Martin were true. Because of the stage of litigation in which the motion was decided, the actual circumstances of the case are yet to be proven.

Sewer Backup Claim Prevention
Handling Citizen Conflicts at Governing Body Meetings
Preparing Your Buildings For Winter Weather
Do’s & Don’ts For Selecting Outside Investigators
Nine Practices of Highly Ineffective Councils and Boards
Finland Study Says Bad Bosses Cause Heart Attacks!!!
Bullying In The Workplace: A Prevention Guide
Mediate? Why Not?
What Is An Insurance Property Appraisal?
The Basics of Courtroom Testimony – Establishing Credibility With The Jury
3-Point Contact Key To Vehicle Safety
House Bill 10-1168: An Insurer’s Right To Subrogation
Donning And Doffing – Are Police Officers Entitled To Be Paid For Getting Dressed?

Mediate? Why Not?
Read More

Bullying In The Workplace: A Prevention Guide
Read More