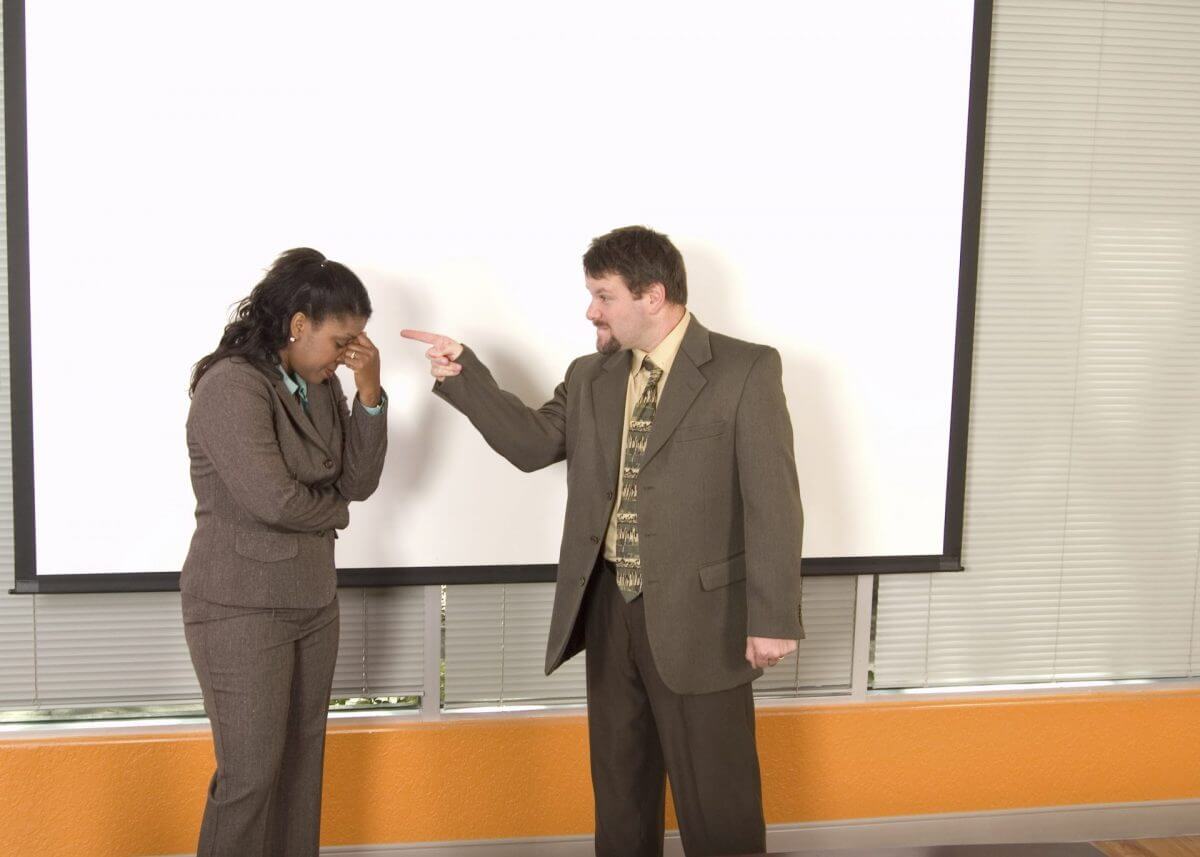 Bullying In The Workplace: A Prevention Guide

Most of us recall the schoolyard bully as a bad but distant memory. However, in some workplaces, a grownup bully continues to cause the same fear, stress, and disruption that we remember from childhood.  This article introduces you to the problem, explores some of its consequences, and provides some suggestions for dealing with it.

What is Workplace Bullying?

Workplace bullying is the repeated, health-endangering mistreatment of a person at work by a co-worker, supervisor/manager, or customer. The mistreatment may involve repeated acts of:

More subtle but sustained behaviors or acts of omission may also constitute bullying if sufficiently serious:

Bullies and bullying may be difficult to identify and pin down, even for a person who’s the target of the bullying. Sometimes, the behavior is subtle, but its cumulative effect is to wear down, undermine, and stress out the target.

Bullying behavior may not be aimed at gender, race, age, or other traditional protected categories. It may also not constitute or escalate into violence or threatened violence. A bully is often skilled at skirting around the edges of established policies. For these reasons, your current personnel policies, such as those prohibiting harassment or workplace violence, may not address bullying problems effectively.

What’s the Scope of the Problem?

A July 2004 survey by the National Institute for Occupational Safety and Health (NIOSH) indicated that:

Bullying can infect the workplace with fear, anger, stress, loss of confidence, and depression. The result is poor morale and lowered productivity. Certainly no one who’s been targeted for bullying can experience job satisfaction or high motivation. The stress of being a bullying target can lead to illness and absenteeism. High rates of staff turnover can occur. At the extreme, constant bullying could lead to a tragic incident of violence.

Who is the Bully?

A workplace bully may be male or female. Like the school-yard counterpart, a bully is often an insecure person at heart. That insecurity is turned outwards, in the form of attacking, belittling, or intimidating, or abusive behavior.

The bully may be someone who’s charming, obsequious, or subservient in one relationship, but domineering, intimidating, or cruel in another. Depending on how the bully interacts with you, it may be difficult for you to take someone’s complaint of bullying seriously. But don’t dismiss a complaint out of hand just because your own experience is that the accused person is always charming. Look more deeply into the matter before drawing conclusions.

Who is the Target?

The target can be anyone singled out by the bully. Contrary to stereotypes, the target is not necessarily someone who’s vulnerable, a poor performer, or disliked by others. The target may well be capable, respected, and liked. Someone with a cooperative, conciliatory, and non-confrontational personality may be a likely choice to be a bully’s target.

How do you Stop Workplace Bullying?

If you’re a target of bullying:

If you’re a supervisor or manager:

If you hear excuses or “explanations” like these, they may warrant further scrutiny of a situation:

Are Your Policies Adequate?

As discussed above, the bullying problem is somewhat related to, yet distinct from, the issues covered by a typical harassment policy or workplace violence policy. For this reason, you may find that your existing policies don’t really address bullying adequately. You may find it useful to discuss with your entity’s counsel the idea of augmenting your policies with anti-bullying provisions. As with other policies of this nature, an anti-bullying policy should contain a clear definition of the unacceptable behavior, describe the consequences of violating the policy, include a complaint/investigation/followup mechanism, and provide anti-retaliation protections. The policy should be disseminated to all employees, and regular training should be conducted on the policy.

Most importantly, don’t forget the old saying, “you reap what you sow.” If the leaders of an organization use fear, ridicule, intimidation, insults, or screaming in dealing with those whom they manage or supervise, they shouldn’t be surprised if negativity, disrespect, and mistreatment are permeating the entire workplace. Set the right example by treating everyone, regardless of rank or place in the organization, with the same courtesy and respect with which you would like to be treated.

Sewer Backup Claim Prevention
Handling Citizen Conflicts at Governing Body Meetings
Preparing Your Buildings For Winter Weather
Do’s & Don’ts For Selecting Outside Investigators
Nine Practices of Highly Ineffective Councils and Boards
Finland Study Says Bad Bosses Cause Heart Attacks!!!
Employees Gone Wild: The Risks of Tolerating A Culture of Hazing
Mediate? Why Not?
What Is An Insurance Property Appraisal?
The Basics of Courtroom Testimony – Establishing Credibility With The Jury
3-Point Contact Key To Vehicle Safety
House Bill 10-1168: An Insurer’s Right To Subrogation
Donning And Doffing – Are Police Officers Entitled To Be Paid For Getting Dressed?

Employees Gone Wild: The Risks of Tolerating A Culture of Hazing
Read More