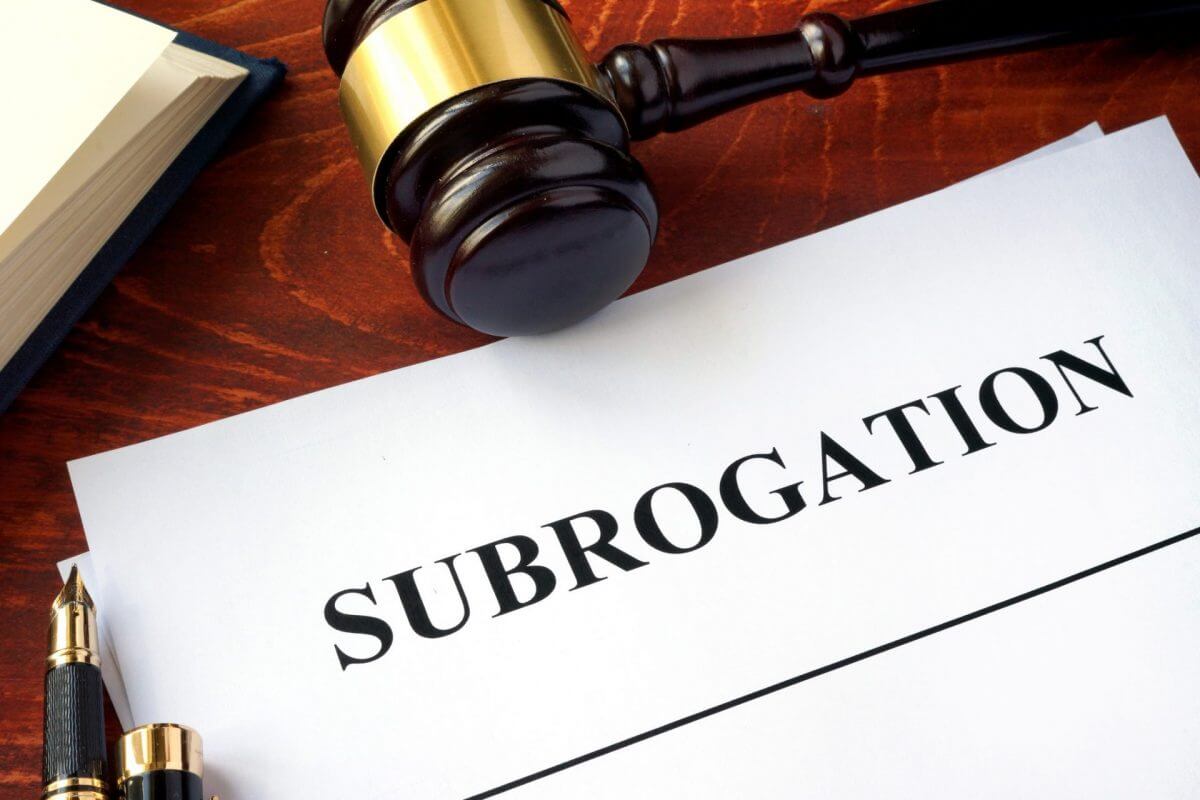 This Legal Lines article was written by Steven J. Dawes and Kate L. McDonald of the law firm Light, Kelly & Dawes, P.C. Light, Kelly & Dawes is a member of CIRSA’s defense counsel panel and provides legal services to CIRSA and its members in a wide variety of claims. Mr. Dawes and Ms. McDonald welcome any questions regarding this article and can be reached at 303.298.1601.

Legislation adopted in 2010 directly affects an insurer’s right of subrogation for any recovery made on or after August 11, 2010. HB 10-1168 (the “Act”) clarified that an insurer cannot seek reimbursement from an insured under a subrogation clause until the insured is fully compensated out of the judgment for the tortfeasor’s damages.1  While the Act prioritizes the interests of an insured over that of his insurer when collecting on a judgment from a tortfeasor, it does not affect the principle that a subrogated insured must reimburse the insurer for any doubly recovered treatment costs.2  This article discusses how the bill has affected an insurer’s right of subrogation.

The law now recognizes that a full policy settlement on a liability policy is rebuttably presumed not to compensate fully an injury victim, thereby making it difficult for the insurance company to recover under its right of subrogation.5  However, if the injured party makes a recovery of an amount that is less than the total amount of coverage available under the policy limits, there is a rebuttable presumption that the injured party has been fully compensated.6  Furthermore, if an injured party obtains a judgment, the amount of the judgment is presumed to be the amount necessary to fully compensate the injured party.7  These presumptions have an important effect on an insurer’s right of subrogation because an insurer will not legally be entitled to any recovery to the extent the limits of liability coverage do not make the victim whole.

Requirements Under the Act

Subrogation Amount
If the injured party is fully compensated and reimbursement or subrogation of benefits is authorized, the reimbursement or subrogation amount cannot exceed the amount actually paid by the insurer to cover benefits under the policy, contract, or benefit plan. For instance, assume Jane had insurance and accumulated $10,000 in medical bills in an accident, and her health insurance carrier would pay these bills. However, pursuant to a contract between the hospital and Jane’s health insurance carrier, or by negotiation with the insurance company, the hospital might accept $5,000 as payment in full. While Jane is allowed to collect the full $10,000 as damages in any suit against the at-fault third-party, her health insurance carrier can only seek subrogation for the amount it paid (i.e. $5,000), assuming Jane was fully compensated.

Arbitration
Any disputes regarding entitlement to reimbursement or subrogation must be resolved in accordance with subsection (4)(a) of the Act.8  Under this subsection, an injured party who obtains a recovery that is less than the sum of all damages incurred must notify the payer of benefits within sixty days of receipt of such recovery.9  If the injured party does not give this notice, the insurer will be able to pursue subrogation, despite the fact that the injured party may not be fully compensated. If the notice is properly given and the payer disputes that the settlement is less than the injured party’s damages, then the dispute shall be resolved by arbitration.10  The payer must request arbitration of such issue no later than sixty days after the receipt of notice from the injured party.

“Once an arbitration award is entered, the finality of arbitration weighs heavily in its favor and cannot be upset except under exceptional circumstances.”14  An arbitration award will only be vacated for the reasons enumerated in the Federal Arbitration Act15 or for “a handful of judicially created reasons.”16 Therefore, courts are required to “give extreme deference to the determination of the [arbitrator].”17  In light of this, it is clear that the arbitrator selection process will be a critical step on the road to recovery.

Third-Parties at Fault
An insurer cannot initially bring a direct action for subrogation or reimbursement of benefits against a third-party allegedly at fault for the injury to the injured party or an insurer providing uninsured motorist coverage.18  However, if the injured party has not pursued such a claim within sixty days of the expiration of the statute of limitations, then the insurer may bring an action against such third-party.

Attorney Fees and Costs
The Act requires the insurer to pay its proportionate share of attorney fees and costs incurred by the injured party in obtaining a recovery against an at-fault third-party.20  In evaluating whether to pursue its right of subrogation, the insurance company should determine whether it will have to pay more for its portion of the attorney fees than it can recover thereby making any recovery cost ineffective. If, however, the insurer obtains a recovery for property damage or uninsured/underinsured (UM/UIM) motorist coverage against an at-fault third-party, then recovery will not be reduced by such fees and costs.21

CIRSA provides property and liability coverage to its Members.22  The Property and Crime Policy and the Liability Lines Aggregate Coverage Policy give to CIRSA all rights to pursue subrogation, and the Policies require each Member to assist CIRSA in enforcing its right of subrogation.23  The right of subrogation given to CIRSA can include pursuing recovery of the Member’s deductible.  Any such subrogation claims will be subject to the Act.

Property/Casualty
Previously, an insurer that paid benefits to a person who was injured due to an act or omission of a third party could obtain repayment of those benefits out of any recovery paid to the injured party, regardless of whether the injured party had been fully compensated for his or her losses. For instance, assume Jane had $100,000 in medical bills which her health insurance carrier covered, and she incurred $30,000 in past wage loss, and $60,000 in loss of future earnings, making her total damages $190,000. John, a Member employee driving a Member vehicle rear-ended Jane’s car.  John has $150,000 in coverage under CIRSA’s Liability Lines Aggregate Coverage Form.24  Jane’s health insurance carrier could seek recovery of the $100,000 it paid for Jane’s medical expenses from the $150,000 settlement with CIRSA.

This Act, however, limits the ability of an insurance company to obtain such a recovery if the repayment would cause the injured party to not be fully compensated. In the above example, Jane’s health insurance carrier can only recover on its subrogation claim from Jane’s settlement with CIRSA after Jane is fully compensated for her losses. The effect of this may be an increase in the number of disputes between insurers and insureds over the amount of wage loss and non-economic damages claimed by the injured party. Since the Act requires that such disputes be handled in arbitration, this may cause additional expense to consider when evaluating claims, especially since there is no guarantee of any recovery.

Uninsured and Underinsured Motorist Benefits
CIRSA provides uninsured and underinsured (UM/UIM) motorist benefits for bodily injury.25  If an uninsured or underinsured driver injures a Member employee in an automobile accident, the coverage received from the CIRSA UM/UIM coverage will be subject to the Act.

Workers’ Compensation
The requirements of this Act do not apply to claims for workers’ compensation.26

Evaluating the merits of pursuing an insurer’s right of subrogation requires careful consideration, not only in determining whether the insured has been fully compensated so as to ripen the insurer’s claim for  subrogation, but also in determining whether pursuing such a claim will be cost-effective. Additionally, close attention must be paid to the time constraints prescribed by the Act.

Preparing Your Buildings For Winter Weather
Sewer Backup Claim Prevention
Handling Citizen Conflicts at Governing Body Meetings
Preparing Your Buildings For Winter Weather
Do’s & Don’ts For Selecting Outside Investigators
Nine Practices of Highly Ineffective Councils and Boards
Finland Study Says Bad Bosses Cause Heart Attacks!!!
Bullying In The Workplace: A Prevention Guide
Employees Gone Wild: The Risks of Tolerating A Culture of Hazing
Mediate? Why Not?
What Is An Insurance Property Appraisal?
The Basics of Courtroom Testimony – Establishing Credibility With The Jury
3-Point Contact Key To Vehicle Safety
Donning And Doffing – Are Police Officers Entitled To Be Paid For Getting Dressed?

Donning And Doffing – Are Police Officers Entitled To Be Paid For Getting Dressed?
Read More