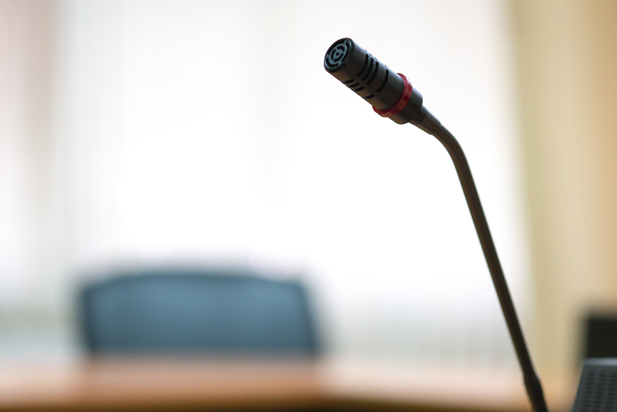 A good meeting is a thing of beauty. The governing body’s running on all cylinders. All members are engaged and informed, and each member has an equal opportunity to speak. Citizens have the opportunity to participate at appropriate points in the meeting, such as during public comment and in public hearings, and arrive well-prepared with a good understanding of the norms of expected conduct. There’s give-and-take as individual perspectives are aired, but discussions remain courteous and respectful. Time is used efficiently, and at no point are proceedings unnecessarily bogged down. The decisions made are wise, well-considered, even brilliant. And it’s not even midnight when the meeting is adjourned!

A bad meeting is nothing but frustrating. It’s chaotic and inefficient, with the same issues being rehashed over and over. Public comment period becomes a flash point for flaring tempers, rather than a constructive opportunity for citizen input. Or public comment period may go on for so long that everyone’s exhausted by the time the rest of the agenda rolls around. Things may get so out of hand that law enforcement has to step in to restore order. Only the loudest members get to participate in the discussion. The end result may be ill-considered decisions or no decisions. Meetings may commonly be referred to as the “Thursday (or pick the evening of your choice) Night Fights.”

The Groundwork: Rules of Procedure
First and foremost, rules of procedure need to be in place, and everyone needs to understand and follow the rules. If your governing body doesn’t already have rules in place, gather some examples from other municipalities. Make sure you’re not “borrowing” from a municipality whose legal structure is not the same as yours. Colorado municipalities come in 4 basic types: statutory mayor-council cities, statutory council-manager cities, statutory towns, and home rule municipalities (and there’s one “territorial charter” municipality, Georgetown). If you “borrow” from the wrong type of municipality, you may end up with procedural requirements that aren’t applicable.

Also, make sure the rules are reviewed from time to time by your municipality’s legal counsel. Legal developments may make some rules legally questionable or risky. You don’t want to find that out only after you’ve imposed them on someone!

The rules for conducting a meeting don’t need to be overly complicated. Many governing bodies default to using some version of Robert’s Rules of Order, but there are other rule sets out there that are less complex and more specifically suited to the needs of municipal governing bodies. For example, Colorado local government attorney Robert Widner has developed “Bob’s Rules of Order.”

Facility Issues
The place where you meet, and how it’s set up, has a big impact on meeting dynamics.  Not every governing body has the luxury of a well-designed meeting room set up specifically for its meetings. But almost any space of sufficient size will work. Make sure it’s set up meeting-style, though. Ideally, the dais/desks look out on the audience, perhaps in a curve so that members can also view each other.

Make sure you have a podium for citizens and other speakers. The absence of a podium creates uncertainty as to where a speaker should go in order to speak, and whether the speaker should stand up or remain sitting. A podium creates a natural way for speakers to be called on, stand, recognized and greeted, speak facing the governing body, and finally, yield the space and make way for the next speaker. The absence of a podium creates uncertainties in all of these things, and encourages disorder. Position the podium in the center of the room, if possible.

Look around the room and think about the possible ways in which disorder could break out. If things get too heated during a meeting and a recess needs to be called, do you have a quick way out of the room, or will you have to walk through a potentially angry audience? How close is the audience seated to the dais? Having some space between the dais and the audience seating can enhance security and reinforce the message that this is the governing body’s meeting, not a general public gathering. If space is limited, consider placing staff tables in that space as a buffer.

There will be times when the presiding officer will need to wield and use a gavel, so be sure and have one handy at each meeting. While not always necessary, the loud rap of a gavel can sometimes quickly shift the focus of the attendees to the presiding officer, who can then restore order.

The Presiding Officer and Governing Body Members
The presiding officer, typically the Mayor, plays a pivotal role in maintaining order and keeping the meeting moving forward. A great presiding officer leads by example in establishing a culture of civility during meetings. He or she makes sure that discussions don’t get bogged down, that clarity is achieved, and that each member has a fair chance to speak. Difficult situations are handled with courtesy, finesse, generosity, and sometimes, humor.

Each member of the governing body likewise plays an important role in an orderly and productive meeting. Members reinforce the culture of civility, and “walk the talk” by recognizing the authority of the presiding officer, waiting to be recognized before speaking, not arguing back and forth, filibustering, or monopolizing the discussion, and staying on topic. Members can also provide timely assistance when things start to get out of hand, by, for instance, requesting a short recess to cool things off.

Setting a good example for civil discourse on the governing body’s side of the room will let everyone see and understand what the expected norms of conduct are in your council chambers or board room. On the other hand, if the behavior you model during meetings is uncivil, undisciplined, unproductively long-winded, off-topic, etc., then you can expect to see the same conduct reflected back at you from the public’s side of the room.

Public Comment Periods
Many governing bodies have at least one general public comment period during their meetings (in addition to any public hearings on specific agenda items requiring a hearing). Public comment periods provide a great opportunity for citizens to speak their minds and ask questions about issues of concern to them. Public comment periods are one of the reasons why municipal government can properly call itself the government that’s “closest to the people,” and is to be valued and treasured.

Also, don’t set citizens up to expect an immediate response on every question that’s raised during public comment. If you do, a couple of adverse consequences could result. One, you could be inserting yourselves into an ongoing discussion that your administrative staff may already be having on that very topic with that very citizen. You don’t want to jump out in front of your staff in such a situation, especially if the issue is an administrative one to begin with. Second, you could end up giving a premature, incorrect, or thoughtless response.

There are times when public comment period appears to be getting out of hand. The tone may get harsh and personal. Profanity may be used. Individuals, such as staff members or even governing body members, may be singled out for harsh criticism. Objectionable topics may be raised. But keep in mind that, as the governing body, you can’t suppress the content of public comment; that would be inconsistent with First Amendment protections. Conduct is another matter. So, for example, citizen conduct that is actually disruptive of your meeting can be regulated (but make sure that it’s the citizen’s conduct that is disrupting the meeting, not your reaction to that conduct). Time limits on public comment can be enforced. Times when the public may and may not speak can be established. But make sure you have rules in place so that everyone knows what your expectations are, and enforce those rules consistently and even-handedly.

And finally, it’s important to accord every citizen a presumption of good faith and good intentions, and to treat each citizen with respect. You may have heard the same things over and over during public comment, and you may be sick of it. But for the citizen, this may be the first and only time that he or she has gathered the courage to come before you. That deserves respect! And if the citizen is a public comment “frequent flyer,” respect is still warranted, even if you have come to feel that his or her comments have no value. If a citizen perceives that he or she is being disrespected, disregarded, or even demonized, then you’ll be creating or worsening divisions, not bridging them.

Conclusion
When a meeting is run well, the governing body’s decisions are greater than the sum of its individual parts. There’s a collective genius that happens when all members are able to bring their individual wisdom, experience, and perspective to decision-making. But this collective genius can’t happen in a disorderly setting, and it can’t happen unless each member commits to creating an environment of mutual respect, good faith, and trust. Make sure you have in place the elements that will make your meetings a “thing of beauty.”

Sewer Backup Claim Prevention
Preparing Your Buildings For Winter Weather
Do’s & Don’ts For Selecting Outside Investigators
Nine Practices of Highly Ineffective Councils and Boards
Finland Study Says Bad Bosses Cause Heart Attacks!!!
Bullying In The Workplace: A Prevention Guide
Employees Gone Wild: The Risks of Tolerating A Culture of Hazing
Mediate? Why Not?
What Is An Insurance Property Appraisal?
The Basics of Courtroom Testimony – Establishing Credibility With The Jury
3-Point Contact Key To Vehicle Safety
House Bill 10-1168: An Insurer’s Right To Subrogation
Donning And Doffing – Are Police Officers Entitled To Be Paid For Getting Dressed?