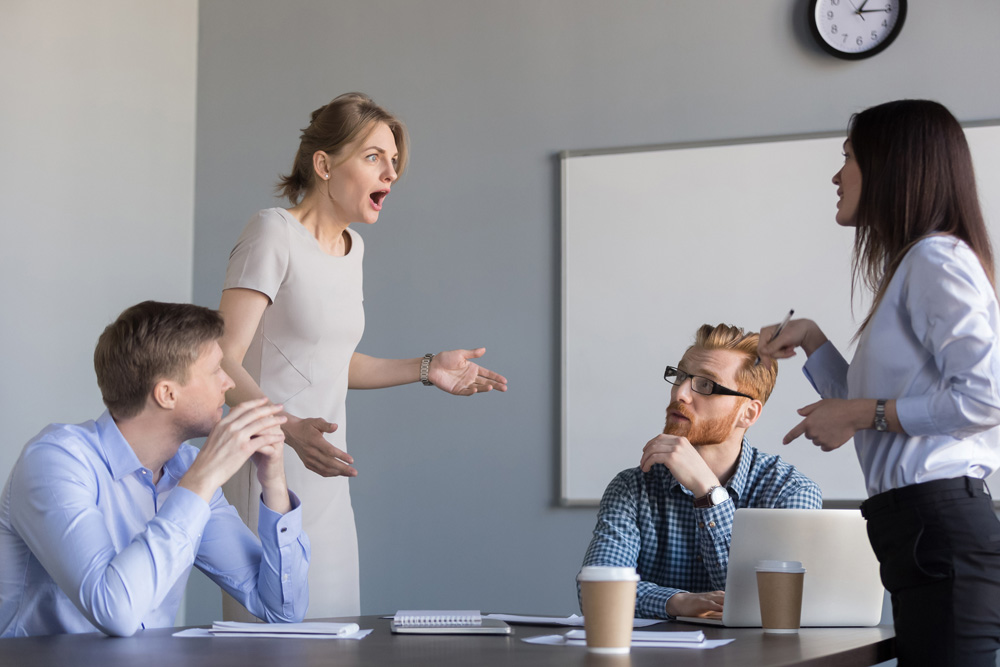 Introduction
Harassment allegations have been a media fixture for the past few years, as the “me too” movement spreads across the world of entertainment, media, the corporate sector, and even into federal, state, and local government.

In municipal government, many of us feel like seasoned veterans in dealing with harassment issues. At least in the employment arena, we know how to deal with harassment. We have the policies in place, and we take them seriously. We do regular training on the issues. We know how to undertake a fair and credible investigation when allegations surface, and we understand the need to impose appropriate consequences for well-founded allegations.

But now, harassment issues are surfacing at the level of governing bodies and elected officials. Like an unexpected virus variant, this permutation has left some municipalities unprepared to deal with the consequences. The results have included ineffective responses, public embarrassment, and loss of public confidence.

Why Should You Care About Harassment Issues at Your Level?
You might be thinking that the governing body working environment is not the same as the employee workplace. You’re all co-equals, elected by and accountable only to the voters. The people “hired” you, and the people are the only ones who should be able to “fire” you. You each got into this voluntarily for the love of your municipality, and not as your livelihood, and those who can’t stand the heat should get out of the kitchen. Right?

Another reason you should care: the higher up in the organization a harassment issue surfaces, the more difficult it is to deal with. Because of legal requirements and public expectations for transparency, you must necessarily conduct most of your work in public. If you think that a harassment allegation at your level can be dealt with behind closed doors, you may be disappointed.

Also, the consequence for a well-founded allegation of harassment isn’t straightforward when it comes to an elected official. How is an elected official to be “disciplined” by his or her peers? Concepts such as “corrective action up to and including termination” don’t necessarily translate well when applied to elected officials.

And assuming you’ve laid out a process for dealing such allegations, who gets involved in that process? Those in the administrative team who normally provide you with support, advice, and assistance may well say, “sorry, this is above my pay grade,” requiring you to go outside your organization, at great expense, for help.

Policies, Legal Definitions, Civil Liability Laws, and Their Limitations
The definition of “harassment” differs from policy to policy. One common factor, though, is that harassment generally must be “severe or pervasive” in order to constitute a policy violation. The “severe or pervasive” standard is consistent with the U.S. Equal Employment Opportunity Commission’s (EEOC) view of offensive conduct that violates Title VII of the Civil Rights Act of 1964, the Age Discrimination in Employment Act of 1967, or the Americans with Disabilities Act of 1990: the conduct must be severe enough that enduring the offensive conduct “becomes a condition of continued employment”; or must be “severe or pervasive” enough to create a work environment that a reasonable person would consider intimidating, hostile, or abusive.2

Thus, policies, as well as civil rights laws affording protection from harassment, set a high bar for liability. A common question, then, becomes: “well, if my conduct is short of ‘severe or pervasive,’ there’s no problem, right?” Stated differently, if someone’s behaving badly, but the behavior doesn’t quite hit the high bar for a policy violation or for civil liability, does that make the conduct acceptable?

Another form of liability is criminal culpability. How often have you heard someone justifying their bad behavior in this way: “Well, I haven’t committed any conduct that could be described as criminal.” Does that make the conduct OK?

Let’s think about this! In any other aspect of your work as a public official, is the standard for acceptable conduct this low? When it comes to ethical or conflict of interest issues, for example, would we be able to get by with a low bar like “well, just don’t commit a crime,” or “just don’t expose yourself or our municipality to civil liability”? No! Municipal officials pride themselves in meeting the highest standards of conduct when it comes to ethical issues or conflicts of interest. So why should we set such a low bar for the way we behave towards one another?

And here’s another critical issue. Harassment laws are generally aimed at employment matters: employee-employee issues, supervisor-employee relationships, employer-employee responsibilities, and the like. These laws aren’t designed for issues between elected officials, who aren’t employees, aren’t accountable to an employer, and are beyond the reach of common workplace remedies like termination, suspension, demotion, etc. Thus, you’ll run across investigations of elected officials’ conduct that might reach a conclusion along these lines: “The allegation of a hostile work environment based on sexual harassment was unfounded. This conclusion is reached because the Civil Rights Act of 1964 does not apply to elected officials.” But, does that make the conduct acceptable? Should exposure to civil liability be the standard by which conduct is gauged?

Most reasonable people would not live their lives by the guideline, “I’m OK as long as I avoid civil or criminal liability”; we would want to hold ourselves to a much higher standard! And, as leaders, we certainly wouldn’t want to model such a low bar for the rest of the organization. So let’s ditch the legal parsing. Let’s focus away from the “h” word, harassment. Let’s not spend too much time arguing over definitions. What we need to do is to confront and articulate the expectations we should have for ourselves, and for our colleagues, in the environment in which we operate.

Risk Factors for Harassment
The EEOC has been doing some interesting work around harassment issues in recent years. Risk factors have been identified that, if present, increase the likelihood that there will be harassment issues in the workplace. You can view the complete list on the EEOC’s website,3 but some of the risk factors include:

Could any of these factors apply to your governing body? For example, if diversity in terms of gender, race, ethnicity, age, and other factors is a new phenomenon on your governing body, then one might expect misunderstandings and gaffes to occur. Certainly, elected officials are “high value” personnel within the organization; there’s no one higher in the org chart than you! And most municipalities pride themselves on a high degree of customer service and customer satisfaction. These are all things to be proud of—but they are also factors for the presence of harassment issues.

So, What Can We Do?
If you’ve read this far, congratulations! You’re more than halfway towards dealing with these complex issues in a positive and successful way. The recent work of the EEOC includes a recognition that a “committed and engaged leadership” is one of the most important factors in preventing and addressing harassment.4 So the fact that you, as an organizational leader, care about this issue is a great thing in itself.

First, take a look at the prevailing culture on the governing body. Are old ways of interacting with one another no longer working well? Or making some members feel like less than equal participants on the governing body? Have you had complaints or concerns raised about the behavior of one or some members? If so, it may be time to discuss the prevailing dynamics openly and honestly to start identifying the concerns.

Once you know what the concerns are, then you can begin discussing how to deal with them. You can identify what types of conduct are not acceptable. You can identify the values that are important to the group. You can work towards commitments about how you will communicate and interact with one another. Those commitments can form the basis for norms or standards of conduct. Not everyone may end up on the same page, but the “peer pressure” brought about by the consensus of a majority is powerful!

If you can get on the same page on norms or standards of conduct, it may be desirable to put them into a written document, perhaps a set of governing body rules of conduct. The rules can articulate the standards explicitly, so that everyone understands what is expected. A process for bringing forward concerns or complaints can be identified, as well as the manner in which such concerns or complaints will be investigated. CIRSA members can obtain an example of such rules by contacting tami@cirsa.org.

And very importantly, the rules can provide consequences for violations of the standards. Those consequences may be limited by your home rule charter (for home rule municipalities) or the state statutes (for statutory cities and towns). But even if the consequences don’t necessarily include a severe consequence like expulsion from the governing body, they are still powerful! Even a “public censure” is a powerful consequence; your wayward colleague, as well as the citizens, will understand that you take your conduct standards seriously and that violations are unacceptable.

Bystanders and Peers
It’s important to stress that we are all leaders, and we all have a role to play. Each of us is likely a supervisor, role model, or mentor to someone else. We may be part of a peer’s support system, sounding board, or confidant. We may even just be a witness. And that’s where the concept of “bystander” empowerment or intervention—another concept recently embraced by the EEOC5 —comes in. Perhaps “peer” would be a better term than “bystander,” but the idea is this: that someone who doesn’t directly experience concerning behavior, but who observes it happening, can step in and make a difference.

This doesn’t necessarily mean that you, as a bystander or peer, should intervene superhero-style, to swoop in and “rescue” someone that you think may be in a problematic situation; indeed, you don’t need to expose yourself to a situation that could escalate. But what you can do is to talk to that person away from the situation: let him or her know that you saw what was happening. Say something like, “Hey, I happened to hear what Kyle said (or did) to you, and I didn’t think it was OK. Were you OK with that?” If the person responds in the affirmative, fine; you can all move on.

But if the person indicates that the behavior to which he or she was subjected was a problem, then think of the impacts of your intervention! First, that person knows that he or she is not alone: you are a witness. Second, you are affirming that the behavior is not acceptable. And third, you can be of help in identifying resources for further follow-up. Bystander intervention is about empowering yourself to be part of the solution.

If you’re comfortable doing so, you can talk to the person engaging in the problem behavior: “That joke wasn’t funny.” Or, maybe the situation calls for some kind of interruption…maybe standing in proximity will extinguish the behavior. Or, perhaps, drop something on the floor and create a small diversion!

There are other ways in which a bystander or peer can positively affect a problem situation. Training on this topic is available and can provide a powerful peer-to-peer tool for communicating and reinforcing workplace values.6 Although a formal complaint/follow-up process should always be available, an effective bystander or peer intervention may help resolve issues without the need to escalate them into a formal process.