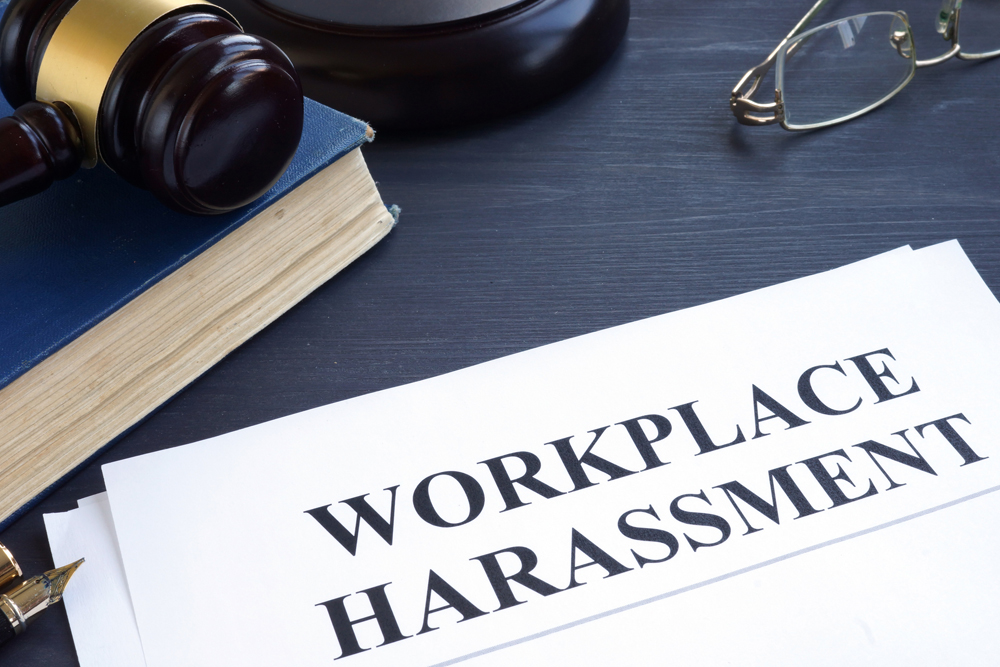 The “H” Word: A New Way to Think About Workplace Harassment

Modern workplace harassment policies have roots dating back to the 1980s and even earlier. In 1980, the U.S. Equal Employment Opportunity Commission (EEOC) issued its first guidelines concerning sexual harassment.1  In 1986, the United States Supreme Court issued its opinion in Meritor Savings Bank v. Vinson,2 recognizing that sexual harassment violates laws against sex discrimination in the workplace. And these legal milestones have their roots in the enactment of Title VII of the Civil Rights Act of 1964, which prohibited sex discrimination in the workplace.

Workplace harassment policies have certainly evolved since the early days. For one thing, policies today address not just sexual harassment, but harassment based on other protected classifications. They also include provisions reflecting legal standards developed by the United States Supreme Court over the years.  But much of the language of today’s policies still mirrors its decades-old roots.

Harassment policies then and now tend to set a high bar for conduct that constitutes a policy violation. This is understandable. Imagine a world where every objectionable workplace interaction, no matter how minor, could lead to civil or even criminal liability! But in creating this high bar, we may have unintentionally sent some wrong messages in the policies we have created, adopted, and enforced for many years. This article explores those messages, and identifies some ways in which we might be able to more straightforwardly address the continuing problem of workplace harassment.

As noted above, most harassment policies set a high bar for conduct that is a policy violation. Thus, harassment is defined using terms such as “severe and pervasive” and “alters the terms and conditions of employment,” which reflect the standards for civil liability under Title VII.  These definitions may have inadvertently sent the message that only conduct that meets the high definitional bar is problematic, while any conduct that falls short of that high bar is okay! Did any employer intend to send such a message? Doubtful, but it’s understandable how such a misinterpretation could happen.

How does this play out, then, when someone makes an accusation of wrongful conduct in the workplace? For one thing, more than one accused has “defended” himself or herself with an excuse along the lines of, “Well, I didn’t actually commit a crime.” Or “The allegation is unfounded because the civil remedies of Title VII don’t apply to me.” Variations of these excuses can be found all over the news. Are these valid excuses for unacceptable conduct in the workplace?

Stated differently, is the lack of criminal or civil liability the proper touchstone for unacceptable workplace conduct? As a supervisor, if you had called an employee in to discuss her problematic conduct, what if the employee’s excuse was, “Well, I didn’t actually commit a crime!” Would your response be, “OK, then, we’re good.” Or what if the excuse was, “Well, I don’t really see a way that anyone could actually make a successful civil claim against me.” Would your response be, “Yeah, you’re right. Carry on!”

No, and no! In any other sector of workplace conduct, no responsible employee would make such a thin excuse for bad behavior, and no responsible supervisor would accept it. Why, then, do some people think such excuses would work when accused of harassment? It surely must be that high definitional bar. Some people are getting the mistaken message that, as long as their bad conduct doesn’t quite hit that high bar for a policy violation, then it must be OK. But it’s not! It’s time to re-set the bar.

How, then, do we re-set the bar? Let’s start by admitting that our workplace conduct policies are incomplete. They certainly address when conduct is so egregious that it meets the definition of harassment. But why should we stop there? The modern workplace is extensively regulated. We have ethical and conflict of interest requirements. We have standards for customer service. We have policies and procedures in place for virtually everything. We even have dress codes!

So why is our policy set so incomplete when it comes to how we behave towards one another in the workplace? We seem to have shied away from establishing a “code of conduct” when it comes to our workplace behaviors. In fact, in my early years of doing harassment training, I remember half-apologizing for harassment policies by making the excuse that “Well, this isn’t a civility code. It just prohibits harassment.” No more!

This isn’t to suggest that harassment policies need to be thrown away. What they need is supplementation! The harassment policy, which contains prohibitions – defining certain workplace conduct that is not allowed — needs to be accompanied by positive and affirmative standards for the type of conduct we want to see in the workplace. That’s what’s missing in most policies today, and that’s how we re-set the bar.

So What’s the Conduct We Want to See in the Workplace?

To some extent, workplace values are specific to each workplace. But still, there should be some universal values. Those could include respect, courtesy, empathy, self-restraint, and responsibility. Why not set expectations for conduct that embodies those values?

Here’s an example. CIRSA’s Board of Directors recently approved extensive additions to CIRSA’s own policies, and those additions are intended to articulate our workplace values. Our new policy states in part:

CIRSA is committed to a safe and secure work environment characterized by dignity,

respect, and professionalism. CIRSA prohibits discrimination and harassment as addressed in

these rules, but is also committed to a work environment free from all forms of inappropriate

conduct. In view of these commitments, each employee is expected to:

As noted, each organization will likely want to emphasize the values that are most important to it. But articulating positive and affirmative workplace conduct expectations, and making them enforceable, will go a long way towards offsetting the mistaken messages that our existing harassment policies may be sending. CIRSA will soon be sharing with members a revised sample harassment policy that includes this new language.

Some Cause for Optimism

The EEOC certainly hasn’t been sitting on its hands since 1980. There’s been some excellent work around identifying the root causes of harassment in the workplace, and self-reflection around the effectiveness of existing policies and how they can be improved.  More recently, there’s been focus on  strategies for empowering co-workers who observe problematic situations occurring.

Take a look at the “Chart of Risk Factors and Responsive Strategies” developed a few years ago by the EEOC’s Select Task Force on the Study of Harassment in the Workplace.3  This chart notes the following, among others, as potential risk factors for workplace problems:

Do some of these factors exist in municipal government, or at least in certain departments in municipal government? Such factors (as well as the others in the chart) can create a breeding ground for workplace problems. By being aware of these factors, you can be on guard for the problems that can accompany them, and be prepared to take appropriate action.

Another bit of good news from the EEOC Select Task Force is the work that’s being done on “bystander intervention.” This is the idea that, even if you’re not directly impacted by problematic conduct in your workplace, you still have the power to take positive steps when you observe such conduct. Bystander intervention is among the most powerful ways in which you can be part of the enforcement – and perhaps more importantly, the reinforcement – of workplace values.

The idea of bystander intervention (and perhaps a better term might be “peer intervention”) is simple: if you observe a co-worker being subjected to concerning conduct, you can say something or do something, even if you’re not the target of the conduct. Certainly, this doesn’t have to mean that you intervene between the perpetrator and the subject of such conduct, Superman-style, to put a stop to it! But what if you were to talk to the subject a bit later and say something like, “Hey, I saw what happened in the hallway between you and Mary. It looked like it bothered you, and I don’t think it was OK that it happened. If you want to talk to Human Resources about it, I’d be happy to go with you if it would be helpful.” What a powerful and supportive thing that would be! You’ve reinforced to your co-worker that the conduct he or she experienced isn’t congruent with workplace values. You’ve offered support if he or she chooses to take the issue further. And…you’ve confirmed that your co-worker has a witness!

Or maybe it’s the perpetrator with whom you generally have a good rapport. In that case, another powerful thing you could do is to talk with him or her. “Hey, Mary. I overheard what you were saying to Joe. I don’t know what your intention was, but I could see that Joe felt you’d overstepped your bounds, and I tend to agree. It’s not cool for you to be talking that way.” Again, what a reinforcement of workplace values! And you may have provided a teaching moment.

Yet another thing you can do is a more direct intervention, but still not Superman-style. If you walk past Mary and Joe in the hallway and you sense things are starting to get ugly between them, create a small commotion or distraction. Maybe drop your armful of files, or your water bottle. Bump into a wall and loudly say “Oops!” Yell out, “Hey! I’ve been looking for you all day!” to one of the parties. Do what it takes for you to safely divert the parties’ attention, even momentarily, and interrupt what’s happening.

There are many resources out there on effective strategies for bystander intervention. “Know Your Rights,” from the National Partnership for Women and Families, is one summary.4  Another, “A Bystander’s Response to Workplace Harassment,” was prepared by the U.S. Congress Office of Compliance.5

But wouldn’t we all rather work in an organization that’s characterized by courtesy, civility, and responsibility, than in one where disrespect, rudeness, bullying, harassment, and other bad behaviors prevail? We have the power to make it so by focusing less on the “H” word, harassment, and more on the “R” word, respect.

Training Tools For Elected Officials
At-Will Employment and Your Personnel Policies: What You Need to Know
Hail Resistant Shingle Rebate
Can Our Trustees Serve on Nonprofit Boards That Have Business With the Town?
Data Privacy and House Bill 18-1128: New Requirements to Protect Personal Information
Social Media Use By Elected Officials: Some Legal Issues