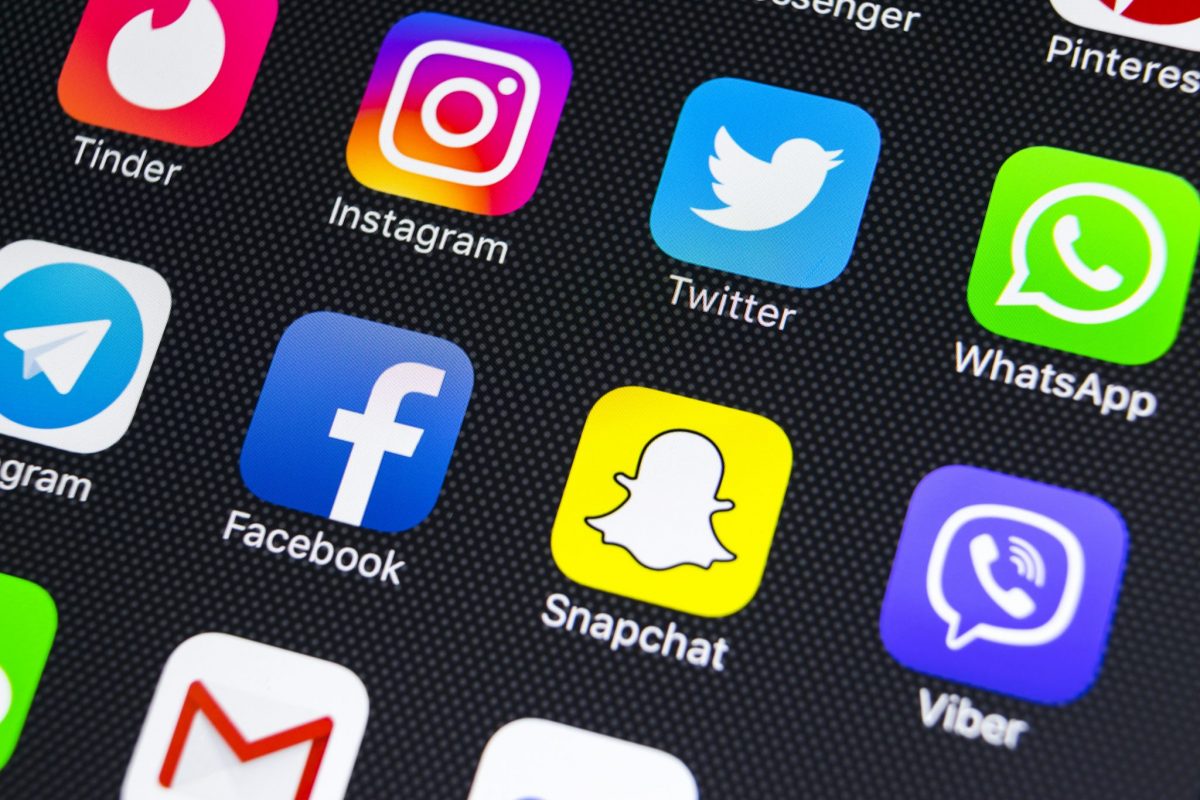 Social Media Use By Elected Officials: Some Legal Issues

Social media engagement has become a regular part of life. On a daily basis, we check our emails and texts, and then probably go on to check our favorite social media sites, such as Facebook, Instagram, Snapchat,Twitter, and others. So it’s no wonder that elected officials, too, have integrated social media into their public lives. But if you’re an elected official, you should know that, because of the powers and responsibilities conferred on you by virtue of your position, your social media use has some legal dimensions that may not apply to the rest of us. This article explores a few of them.

A scenario: You have a Facebook page for yourself under the category of “Politician.” You post information about city happenings and resources, and welcome others to post there as well. One day, you post on a controversial topic that the Council will soon be tackling, and two of your fellow councilmembers get wind. All three of you go back and forth on the post about your respective views.

Is this a “meeting” within the meaning of the Colorado Open Meetings Law (COML)? Well, it seems at least arguable that it is! “Meeting” is defined in CRS Section 24-6-402(1)(b) as “any kind of gathering, convened to discuss public business, in person, by telephone, electronically, or by other means of communication.” Three or more members of the local public body (or a quorum, whichever is less) in such a gathering will trigger the notice and “open to the public” requirements of the COML.

How do you comply with the 24-hour “timely” posting requirement in the COML when you’re posting on Facebook? How do you meet the “open to the public” requirement? Why does this article raise a lot of questions for which there isn’t a clear answer? But you see the point…discussions of public business by the requisite number of governing body members can certainly take place in an electronic forum, and then these questions (and others) may come into play.

A scenario: You post about an upcoming agenda item on the Facebook page featured in the previous scenario. For some reason, the discussion on the post starts to go completely sideways, with lots of negative comments, and some uncalled-for memes and photos. You start deleting some of the particularly disagreeable comments, and ultimately decide that the better part of valor is to just delete the whole darn post.

Are the post, and the comments, considered “public records” within the meaning of the Colorado Open Records Act (CORA)? Again, it seems at least arguable that they are! The term “public records” is defined to include “the correspondence of elected officials,” subject to certain exceptions, under CRS Section 24-72-202(6). Public records are open for public inspection and copying under CRS Section 24-72-203. Your municipality has most likely adopted a records retention and destruction schedule that governs how long various documents, including electronic documents, must be maintained prior to destruction.

So, could someone request a copy of a post that was on your Facebook page under CORA? What if you deleted the post? is there a record retention schedule that applied? Was that schedule violated when you deleted the post? More of those infernal questions for which there isn’t a clear answer…but you get the point! If there’s a chance that the posts are subject to CORA, then it might be smart to tolerate the replies you get on your post. Alternatively, make sure you have some posting rules in place so that everyone knows up front your expectations for your page. Perhaps something along these lines could be included in the “About” section of your page:

This is a page where ideas and information about our community are welcome, but they should be shared in a respectful manner. Comments that contain vulgar language, personal attacks of any kind, or offensive comments that disparage or discriminate on the basis of protected classes such as race, color, age, ancestry, religion, national origin, gender, military status, sexual orientation, or disability, will be deleted. Comments will also be deleted if they are: (i) spam or include links to other sites not relevant to our community; (ii) clearly off topic; (iii) advocate illegal activity; (iv) promote particular services or products; (v) infringe on copyrights or trademarks (vi) contain nudity in profile pictures, or (vii) are violations of any local, state, or federal laws and/or are otherwise unlawful. Multiple violations of this policy may result in a ban from this page.

Shall we alter the scenario just a bit, to further confound the situation? Why not? Let’s say that, when you set up your Facebook page, you chose the “government organization” category rather than the “politician” category. Furthermore, you decided to “borrow” the City’s official logo to use as your profile pic. Is it possible that these choices would strengthen the argument that the posts on the page are subject to laws like CORA? It’s possible! So check and see how you’ve set up your page. If you’re an individual elected official, it seems inaccurate to use the “government organization” category. And don’t “borrow” the City logo for your own purposes!

A scenario: A site-specific land use application is scheduled to be considered by the Planning Commission on an upcoming agenda, with the Commission’s recommendation to be referred to the Council for final action at a later date. You consider the proposed use to be an extremely controversial one. But you’re worried that it’s a bit “under the radar,” what with summer vacations, holidays, and all. Of course, proper notice has been given by the Planning Department, but you’re still concerned that the proposal may get a favorable recommendation from the Commission without any citizen testimony. You decide to post this on your Facebook page: “Citizens, please read this IMPORTANT NOTICE! You need to know that the Planning Commission is going to be considering a proposal for _____ at its upcoming meeting on _____ at 7:00 p.m. As a Councilmember, I am taking no position on the proposal at this time. But if you care about our community’s future, then you will want to attend this very important hearing before the Planning Commission.”

See any problems here? You’ve certainly stated that you’re “taking no position” at this time, right? But it may appear to others, particularly the applicant, that you are opposed to the proposal and are trying to “gin up” opposition to it! Is that congruent with the “neutral decision-maker” role that you will need to take on once this quasi-judicial proposal goes up to the Council? Could the applicant take the position that it looks like you made up your mind, without evidence, long before the Council hearing, and therefore, you should be recused from participation? “But, but, all I’m doing is making sure the public knows about this proposal,” you protest. Well, do you do that with EVERY proposal that comes before the Planning Commission, or did you just happen to pick out this one for the Facebook spotlight, Councillor, hmm? The essence of procedural “due process” rights that attach to a quasi-judicial matter is notice and a fair hearing before neutral, impartial decision-makers. You can see how, even if your intentions may have been honorable, you can easily cast doubts on your impartiality and neutrality with a post like this.

In keeping with our tradition, let’s confound ourselves a little more. After you post this “IMPORTANT NOTICE,” citizens start commenting. The flavor of the comments is captured by this one:

Councilmember, THANK YOU! I am outraged by this proposal, and cannot believe that the planning commission is even considering it!!! There’s one of these developments in the town next door. It’s become nothing but a haven for criminals. If the yahoos on the planning commission recommend approval, then I sure hope I can count on you to do the right thing on the Council and VOTE NO!!!!!

Uh-oh! Did you just reveal that you’re not exactly going to be a neutral decision-maker on this topic? Moreover, did you just leave a breadcrumb trail that you’ve had an “ex parte” or “outside the hearing” contact on this matter? And, maybe, did you reveal that your vote is going to be based on factors other than the criteria that your land use code will require you to consider? Yes, indeed, this scenario could be a winning trifecta of quasi-judicial “don’ts.” You can bet that someone is taking a screenshot of the thread and saving it for future use…against you!

And let’s say all of your colleagues on the Council saw similar posts on their respective pages. A majority votes “no” on the proposal on the basis of the potential for criminal activity (and several of you say so when you “explain your vote”). But there was absolutely no evidence about this in the record of the hearing before the Council. Is the decision vulnerable to being overturned, upon judicial review, because there is no evidentiary support for the basis of your decision? It’s certainly possible!

Or maybe you didn’t “explain your vote” after the hearing. But afterwards, you write a scathing post criticizing the idiots who voted “yes.” “A couple of my so-called colleagues seem to be siding with the criminal element in our community. Citizens need to know that Councilmembers Smith and Jones voted “yes” on the proposal. In fact, they had the nerve to note that there was no evidence of criminal activity being associated with this development. Are you kidding me???” Social media “snipes” at your colleagues only make you look bad. Let your vote speak for itself, don’t try to explain lest you reveal an improper basis for your decision, and certainly don’t bad-mouth the votes of your colleagues.

And what about the poor Planning Commissioners who may have wandered into your post? Are they going to read it and wonder why you seem to be jumping into the matter early and nullifying their responsibilities? It certainly may look that way to them. There’s a time and place when your body, the City Council, will take up the matter. Jumping in front of the Planning Commission makes it look like you trust neither the Commission nor the process that your own land use code has established.

Social media use by elected officials implicates new and evolving legal issues, and this article only touches upon a few of them. The uncertainty is real! But you can avoid uncertainty and stay on solid ground if you follow these suggestions:

Training Tools For Elected Officials
The “H” Word: A New Way to Think About Workplace Harassment
At-Will Employment and Your Personnel Policies: What You Need to Know
Three Decades of the ADA: Where Do Local Governments Stand?
If It’s Spring It Must Be First Amendment Audit Season
Harassment Issues: What Elected Officials Need to Know